Portland, OR. Last month the Cascades AIDS Project (CAP) raised over $405,000 through their Art Auction: Reimagined. While the traditionally celebrated annual cocktail reception, patron dinner, and live art auction were missed, this year’s virtually-hosted event expanded access to sponsors around the world. The Co-chairs were Molly King and Deb Kemp (pictured above.)

The live-video benefit, recapped here, highlighted more than 150 artists and featured an appearance by Governor Kate Brown. Raffle prizes included a two-hour, private visit to Powell’s with a $200 credit. CEO Tyler Termeer weighed on the imperative times facing Portland during his appearance, noting, “We are standing at the crossroads of dueling pandemics: COVID-19 and white supremacy. It’s a defining moment in our existence as an organization. This moment is a reminder that we cannot relent in our pursuit of equity and racial justice.” Tyler Termeer is the CAP CEO and Karol Collymore is the Board Chair President.

Celebrating the 35th anniversary of its incorporation, CAP is known as  “the oldest and largest community-based provider of HIV services, housing, education and advocacy in Oregon and Southwest Washington,” according to their website. Providing social-services and health care for people living with and affected by HIV and AIDS – as well as for the LGBTQ+ community in the Northwest – CAP’s budget has grown to over $14 million and its volunteer base to over 600. These services include assistance in finding secure housing, essential medical care, and emotional support to those who have been ostracized by their community.

Looking forward, CAP will continue to focus on HIV while investing in tackling health disparities that affect the community. CAP recognizes connections between these inequities and factors like race, ethnicity, sexual identity, and gender and is committed to adopting plans to address such concerns.

Founded in 1985 as a grassroots response to the AIDS crisis, Cascade AIDS Project (CAP) is now the oldest and largest HIV-services and LGBTQ+ health provider in Oregon and southwest Washington, with more than 100 employees working across four locations. Our organization seeks to prevents new HIV infections; support low-income people living with HIV; and provide safe, welcoming, and knowledgeable healthcare for the LGBTQ+ community. Through our vital health, housing, and other social services, we help ensure the well-being of more than 15,000 people each year.  More information can be found at www.capnw.org. Portland, OR. AIDS Walk Portland drew thousands to the Fields Neighborhood Park, in the Pearl District. Meals on Wheels People joined many organizations participating in the September 8th walk. For over 30 years, supporters have walked to celebrate life, reduce HIV stigma, and remember those lost to HIV. Cascade AIDS Project spearheads the event, it’s one of the largest and most visible AIDS fundraising events in the Pacific Northwest.

Here’s a list of the top fundraisers for AIDS Walk Portland 2018: Providence Oregon was one of the sponsors. 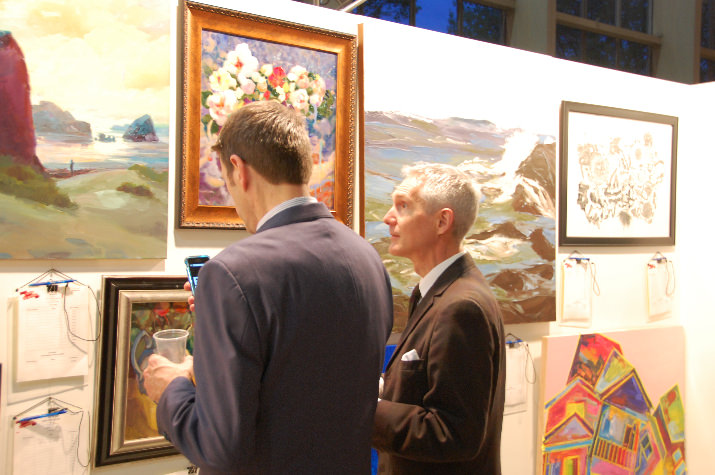 Portland, OR.  April 29th, 2013. Glen Gilbert has been named the new Executive Director of Cascade AIDS Project (CAP). He will officially begin his role on May 1, 2013. Gilbert brings 18 years of experience in nonprofit management to his new position. Gilbert said, “I am thrilled to be joining CAP. There has never been a more optimistic and hopeful time to be part of the HIV/AIDS movement. This war is not over but it is winnable.
After 30 years, we can finally envision a reality in which HIV and AIDS are no longer part of our daily lives, but only part of our history.”
Prior to joining CAP, Gilbert served as Executive Director of the Oregon Lions Sight & Hearing Foundation. In that role, he helped double revenues in three years, led a successful capital campaign, increased the agency’s endowment to $5 million, and successfully lobbied for legislation enabling used eyeglass distribution in Oregon. Gilbert has also served as a nonprofit management and executive transitions consultant to the Museum of Contemporary Craft and METRO; President and CEO of the Cascadia Region Green Building Council; President and CEO of the World Forestry Center and Museum; and Executive Director of the Berkeley Public Library Foundation. Gilbert lives in Portland with his wife Tori and children Marina and Matthew. He has been profiled in The Oregonian and The Seattle Times, and his writing has been published in The Boston Globe, and The San Francisco Examiner.

About Cascade AIDS Project
Incorporated in 1985, Cascade AIDS Project (CAP) is the oldest and largest AIDS Service Organization in Oregon and Southwest Washington. Our mission is to prevent HIV infections, support and empower people affected and infected by HIV/AIDS, and eliminate HIV/AIDS-related stigma. With a staff of 61, and a volunteer corps including nearly 800 individuals providing more than 29,000 hours of service each year, CAP manages a diverse array of programs and an annual budget of $6.1 million. Fifteen percent of CAP’s staff live with HIV, 25% identify from communities of color, and 30% are bilingual. Our
programs serve the broad and diverse set of communities impacted by HIV, from community-specific