Portland, December 4th. “It was never in question for this calf,” explained Oregon Zoo director Kim Smith. “(She) was always going to live here.” The calf is the property of a private company, Have Trunk Will Travel, of Perris, California. But, zoo officials says they will retain possession of the country’s newest baby elephant, a 300-pound female pachyderm that hasn’t yet been named, though it won’t own the animal.

Oregon Zoo elephant keepers are asking the community to help them choose a name for the week-old female elephant calf. Keepers have come up with five names and are asking people to vote for their favorite on the zoo’s website: www.oregonzoo.org. “The outpouring support for the zoo and its newest resident has been incredible,” said Kim Smith, zoo director. “Rose-Tu and her calf are doing well. They’re bonding and comfortable with each other. Now it’s time to give the calf a name that suits her.”

Votes will be accepted through Sunday, Dec. 9, at 5 p.m. The zoo will announce the winning name on Monday, Dec. 10. Here’s a video of the mother and daughter.

The Asian elephant calf, born Nov. 30 at 2:17 a.m., weighed a hefty 300 pounds at birth and has been described by zoo animal-care staff as a “spitfire.”

“The calf is beautiful, healthy, tall and very vigorous,” said Kim Smith, Oregon Zoo director. “As soon as she hit the ground — before she was even out of the amniotic sac — she was wiggling. And she’s vocalizing loudly. The first time we heard her, the sound was so deep and loud that we thought it was Shine. She’s definitely got a great set of pipes, and it looks like she’s going to be a real pistol.”

Smith said the calf is nursing well, and that Rose-Tu has been very attentive to her — great signs that their bond will be a strong one.

“Our keepers and veterinary staff have put an extraordinary amount of work and care into helping Rose-Tu bring her baby into the world,” Smith added. “The time spent training and preparing has paid off, and the outcome is exactly the one we’d hoped for: Rose is safe and healthy, and she has a beautiful newborn calf. Now that the baby’s here, we’re all excited to watch her bond with Rose-Tu and take her place in the herd.”

It might still take a little time before the new baby is ready for visitors though.

“The main thing determining that will be the strength of the bond between Rose-Tu and the calf,” said Bob Lee, the zoo’s elephant curator. “Rose should allow the calf to nurse regularly, sleep, play and generally act like a calf without trying to stop it and control its movements. Then we’ll determine whether she’s calm and comfortable with staff around. And finally, we want to make sure the calf has had a chance to bond with the rest of the herd.”

The Oregon Zoo is recognized worldwide for its successful breeding program for Asian elephants, which has now spanned 50 years. Rose-Tu’s mother, Me-Tu, was the second elephant born at the zoo (just months after Packy in 1962), and her grandmother, Rosy, was the first elephant ever to live in Oregon.

Asian elephants are considered highly endangered in their range countries, threatened by habitat loss and conflict with humans. Perhaps fewer than 40,000 elephants remain in fragmented populations from India to Borneo.

The Oregon Zoo is an accredited member of the Association of Zoos and Aquariums, whose species survival plan for Asian elephants is striving to establish a self-sustaining population in North America. 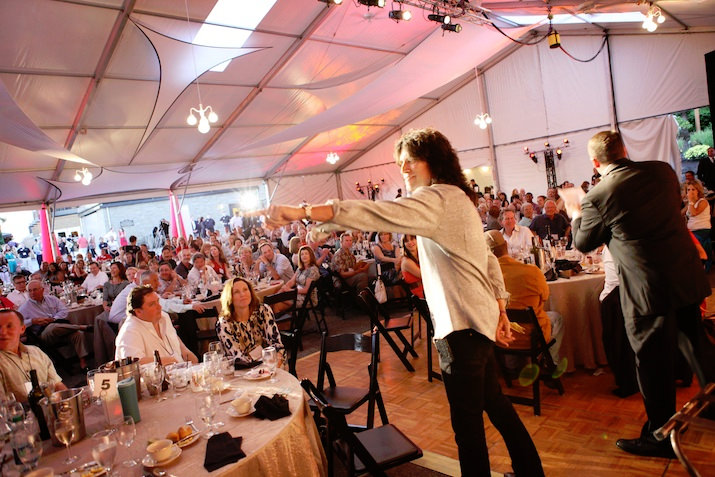