Portland, OR. More than 100 illuminated installations, artists, performers and events will brighten the Portland cityscape this February during the 2018 Portland Winter Light Festival presented by Portland General Electric (PGE) and powered by PGE renewable energy. The free, all-ages festival February 1-3 will expand to its largest footprint yet, featuring illuminated art installations, live performances, and interactive activities designed to unite the community during the darkest time of the year. The festival is an activity of local nonprofit The Willamette Light Brigade. The Portland Winter Light Festival has had all kinds of attractions over the past two years.

The Portland Spirit Lights were created by Mark LaPierre. The festival is presented by and powered by PGE renewable energy. 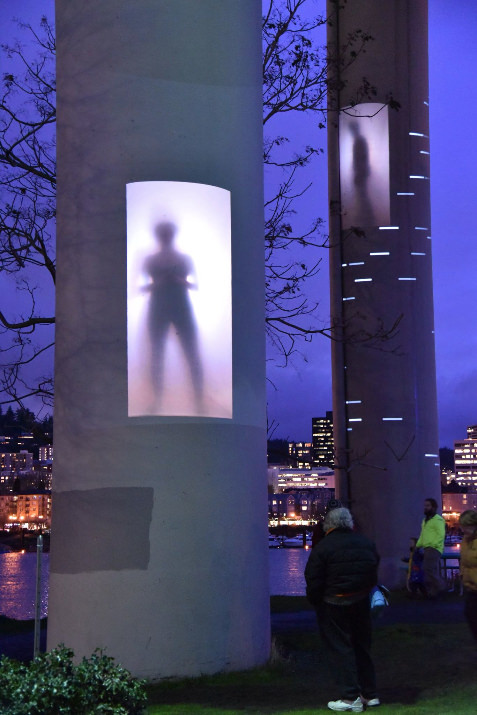 Drawing interest and recognition from across the region, the expanded 2018 artist roster showcases talent almost exclusively from the Pacific Northwest. In just its third year, the festival has already established itself as a regional attraction for artists and visitors due to the dazzling and unique installations and family friendly atmosphere. The Portland Winter Light Festival is hosted by OMSI and the Portland Spirit as an activity of the Willamette Light Brigade.

Growing beyond the festival’s original central footprint at OMSI, this year the over 100 artists, performers, and creators will have work presented at four creative art hubs throughout the entire city.

“The Portland Winter Light Festival has already become a favorite wintertime destination for the Portland community,” Chris Herring, Artistic Director of Portland Winter Light Festival said. “Nothing showcases that more than our ability to bring in artists and performers from around the region and expand the footprint of this year’s festival to neighborhoods well beyond anything we’ve been able to do before.”

How to get there: Free transportation available to most sites. The Portland Streetcar will once again offer free rides on all routes after 5pm on every night of the event. All installations along TriMet bus routes and limited parking available near all hubs.

About the Portland Winter Light Festival

The Portland Winter Light Festival (PDXWLF) is Portland’s premier outdoor winter arts event that transforms, illuminates and animates Portland’s nighttime urban landscape. Inspired by light festivals around the world, PDXWLF showcases unique light-based art, community installations and performance, engaging Portland’s diverse communities and creating opportunities for artists, designers, creatives and makers to collectively expand the boundaries of art, performance and technology in our region. The third year of the festival will take place at sites around Portland, Oregon from February 1-3, 2018.