West Linn, OR. The inaugural Oregon Polo Classic drew nearly 1,000 people to the Hidden Creek Polo Club in West Linn. The event was organized by the nonprofit which puts on the Classic Wines Auction. Polo club owner and player, Sean Keys, and his pony are favorites with guests. The weekend polo celebration, over July 23rd an 24th, raised $240,000 which will be distributed among the beneficiaries of the Classic Wines Auction. Those nonprofits include: the Boys and Girls Clubs of Portland Metropolitan Area, Doernbecher Children’s Foundation and the Classic Wines Auction legacy charity partners. Kids got a chance to meet the players and horses up close at the Oregon Polo Classic Family Day. The Oregon Polo Classic Family Day featured activities for the whole family including a fancy hat crafting station from SCRAP PDX as well as other art activities from CHAP (Children Healing Arts Project). Incoming Board Chair, Matt Felton, joins outgoing Classic Wines Auction Board Chair, DJ Wilson to address the crowd and kick of the parade of hats competition. Guests of all ages showed off their fancy hats during the Oregonian/OregonLive Parade of hats on Family Day. Best Pony, Louie, enjoys a delicious traditional carrot bouquet with player Mia Bray. Louie earned the title of the “Best Pony” after his outstanding performance during the match. 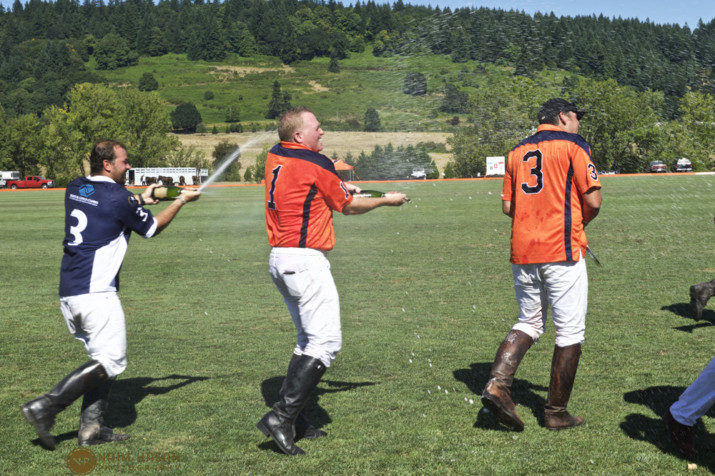 As part of the tradition of polo, the Championship Awards Ceremony ended with a celebratory champagne shower between the first and second place teams.