Social Media Brings Queens and Presidents to Your Fingertips April 23rd, 2016. It’s the adorable photo capturing world-wide attention and oohs and aahs: Prince George staying up 15 minutes past his bedtime to meet the Obamas in his robe. Such photos are yours for the viewing online. It used to be that if you wanted to see the comings and goings of a President or Queen, you needed to wait for news coverage, not anymore. All of the above have their social media channels which are updated regularly with photos and videos of events. Many have links to their favorite charities. (The Queen is patron to 510 charities in Britain. The wider Royal Family support a grand total of 2,415 charities in Britain, with this figure rising to almost 3,000 worldwide.)

The Royal Family website received an overhaul earlier this month.  https://www.royal.uk/ Offers updates on the Queen and her activities, for example her 90th Birthday Celebrations which took place on April 21st. 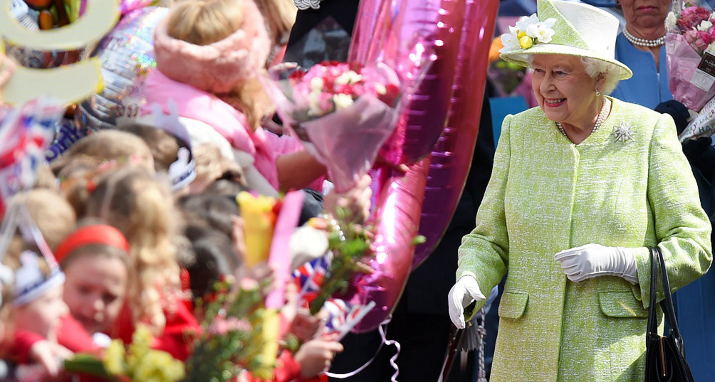 Queen Elizabeth marked her birthday by meeting some of the thousands of well-wishers who came out to see her in Windsor. The White House said Obama presented the Queen with an album of photos depicting her past meetings with American presidents dating back to Dwight D. Eisenhower.
It was only the first of two royal engagements for the President and first lady in London on April 22nd. In the evening, they visited Kensington Palace, in central London, for a small dinner with the Duke and Duchess of Cambridge.  The White House has a website, too.

The monarchy has a following in the millions over all its social media channels. If you love photos, there’s a flickr page just for the British Monarchy https://www.flickr.com/photos/britishmonarchy/

Fans of the William and Kate? Their twitter page,  https://twitter.com/KensingtonRoyal , has updates, pictures and videos from Kensington Palace, about The Duke and Duchess of Cambridge, Prince Harry and their Royal Foundation. The White House posted some photos as well on its Flickr account. The Duke, Duchess and Prince Harry welcomed “@POTUS and @FLOTUS” to Kensington Palace.

After handshakes the group walked indoors, where Prince George was waiting.
“Oh look at you,” Obama proclaimed before the door was shut. A Kensington Palace official said the young prince was allowed to stay up past his bedtime to greet the President and First Lady.
Later, photos showed the Obamas with the young royals in a palace sitting room, chatting as a stuffed toy Portuguese Water Dog (the breed the Obamas’ own) rested nearby. It was a gift from the First Family. If you are looking for photo galleries, Prince Charles has some official photos posted as well. Princess Charlotte’s Christening photos are on Prince of Wales website:  http://www.princeofwales.gov.uk/life-in-pictures#na.  The Prince of Wales also recorded a special radio broadcast as a tribute to his mother, The Queen, to mark her 90th birthday.

It was a busy week for both the British Royal Family and the President. According the White House, in a personal birthday message to Her Majesty, has said: “I’m glad to be the very first President of the United States to wish Her Majesty a happy 90th birthday. For nine decades Her Majesty has been a source of strength and inspiration, not only for the people of Britain, but for millions of people around the world. And when The Queen hosted Michelle and me at Buckingham Palace we saw the same grace and good humour, that generous human touch, that the people of the United Kingdom have loved for generations. My girls were especially excited to receive a guided tour of the Palace when they visited on Sasha’s own birthday. We often speak of the deep and enduring partnership between our two countries. It is indeed a special relationship. And Her Majesty has been a vital part of what keeps our relationship so special. The United States is extremely grateful for her steady and energetic leadership and we look forward to Her Majesty’s continued service in the years to come. Happy birthday, your Majesty.”

The Royal Family currently has 2.5 million likes on the official Facebook page, 2.12 million followers on the British Monarchy Twitter account, more than 15,000 followers on Flickr, almost 150,000 subscribers to their YouTube channel, set up in 2007, and one million followers on the kensingtonroyal Instagram account. It’s a lot to keep track of, but updates on the Queen and members of her family can be found on Twitter @BritishMonarchy; the Duke and Duchess of Cornwall’s account is found @ClarenceHouse, and the work of the Duke and Duchess of Cambridge and Prince Harry can be located at @KensingtonRoyal.