Portland, March 16th, 2016. Morrison Child & Family Services hosted its 3rd Annual Silver Linings Luncheon at the Sentinel Hotel in downtown Portland. More than 240 friends of Morrison, including Chrissy and Donald Washburn and Jay Zidell, came together to donate $100,000 in support of Morrison’s groundbreaking programs to treat children and families coping with the effects of adversity and trauma. Matching donations were made by Al and Nancy Jubitz. (photo credit, Elijah Hoffman)

Al Jubitz was honored with Morrison’s Goldman Award for his outstanding community leadership in helping our underserved children. The Goldman Award is given in memory of Muriel and Marvin Goldman for their lifetime commitment to improving the lives of children in Oregon. 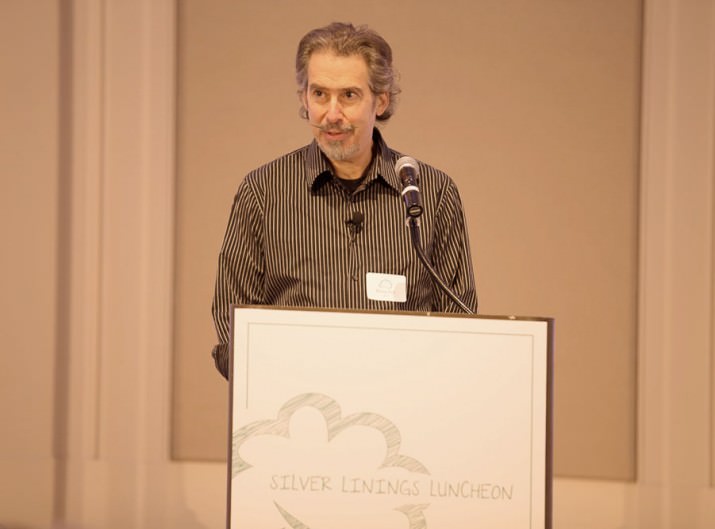 Local artist, illustrator, and author, Bruce Zick, gave the keynote address. For more than 30 years, Zick has designed animation features for major studios and worked on such films as Inside Out, Hercules, Pocahontas, Finding Nemo, W.A.L.L.-E, and Iron Giant. His illustrated book, The Bramble, won the 2013 Moonbeam Children’s Book Award.