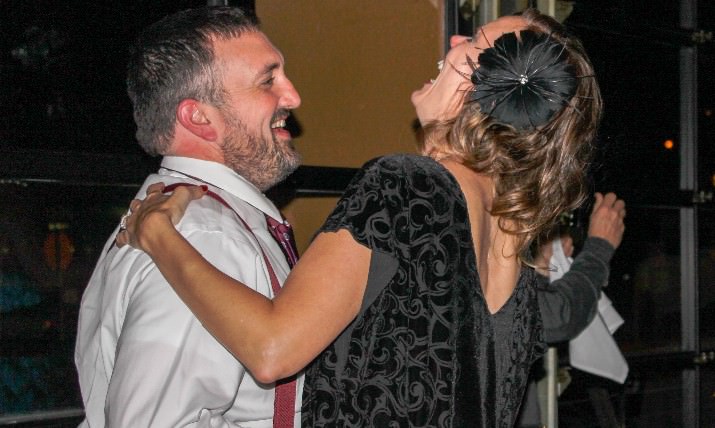 Event chair, Karin Presnell and her husband Reen take to the dance floor. Martin Daum, President and CEO of Daimler, and his wife Karin Daum. Organizers say Clarklewis was the perfect venue for Ain’t Misbehavin’!