Top Ten Stories of 2012 on PortlandSocietyPage.com Portland, December 29th. 2012 was an exciting year in Portland’s nonprofit community. We’ve scoured our archives to find the most viewed stories on PortlandSocietyPage.com over the past 12 months. Was it the OMSI gala? The Red Dress Party? A Portland Center Stage Bash?

Below are the top 10 most viewed stories, and links to check out the vibrant nonprofit benefits which captured your attention. 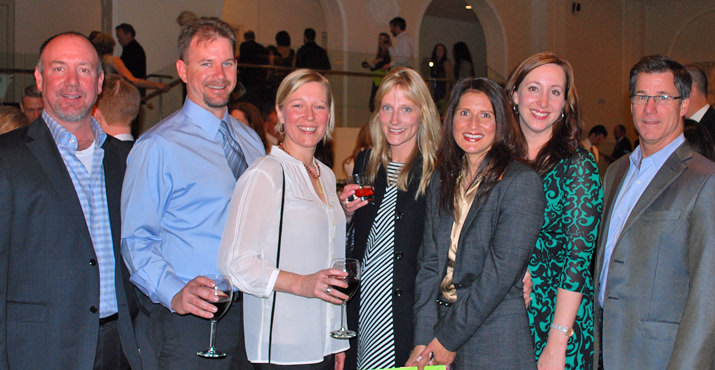 #7  PortlandSocietyPage.com Announces “Bright Spot” Award Contest During Celebration at Paragon in the Pearl Portland, April 14th. Over two-thousand devil-may-care Portlanders raised the roof on a Pearl District warehouse converted for one of the biggest charity benefits of the spring: The Red Dress Party. The massive event, organized by Red Dress PDX , had revelers on their feet dancing till the wee hours of the morning. Guy Bennette, Scott Ruben, Jan Bennette and Cameron Crook were all smiles at the party. Beneficiaries of the event include: Our House, The Cascades AIDS Project Kids’ Connection, The Quest Center for Integrative Health.

Portland, May 4th. OMSI supporters were invited to a Gala of surprises benefiting future generations of innovators and problem solvers. Gala Chairs, Lynn and Scottie Johnson celebrated with OMSI President, Nancy Stueber at the event. Their objective is to, “Light the path of learning for children and families throughout the Northwest.” Ashland, February 24th.  The Tony Award–winning Oregon Shakespeare Festival is off and running; watch out for flying pies because Animal Crackers is one of the eleven productions this season. It’s the 1930s vaudevillian musical farce made famous by the Marx Brothers. (Photo credit, Jenny Graham)

#3 A Look Back at Vintage Bathing Beauties on Jantzen Beach Here’s a photo to put you into the mood for Memorial Day weekend, it’s from a 1950′s beauty contest at Jantzen Beach. The photo, from our friends at the Oregon Historical Society, shows contestants Anne Lustavka, Kathleen Kinder, Jane Hoberg and Gloria Albertson. It’s typical of events held during the heyday of Jantzen Beach, on Hayden Island, when the location was an amusement park and and tourist destination (before it was the site of a shopping mall). Portland, September 29th. Taking a page from P Diddy’s playbook, parents and community members converged on the newly-build home of Sheila Hamilton and Colin Maclean to raise money for their students. (Photo credit, Brian Black) The Riverdale School District Parent Teacher Club helped organize the party and white attire was a must.

#1 Most viewed story of 2012 was …. Levé’s Ninth Annual Charity Ball Benefits “I Have a Dream” Oregon!

Portland, December 7th. More than 800 supporters crowded the Left Bank Annex for Levé’s Ninth Annual Charity Ball. The grass-root charity created by young women in Portland selects a nonprofit each year and “I Have a Dream” Oregon was the fortunate recipient for 2012. The group is close to reaching its $50,000 fundraising goal. Levé board president, Megan Dobson (second from right), sells flair at the Ball to Abby Lee, marketing & communication chair Natasha Dagg and others.

Thank you for supporting PortlandSocietyPage.com this year. We look forward to covering hundreds of great nonprofit events in 2013. If you have an event, suggestion, or would like to advertise on Portland’s only nonprofit news website, please contact us at [email protected]