Don and Mary Blair at the Red Carpet arrivals. Gaylyn and Mahmood Sher-Jen with Steve Smith and Kim DeMent 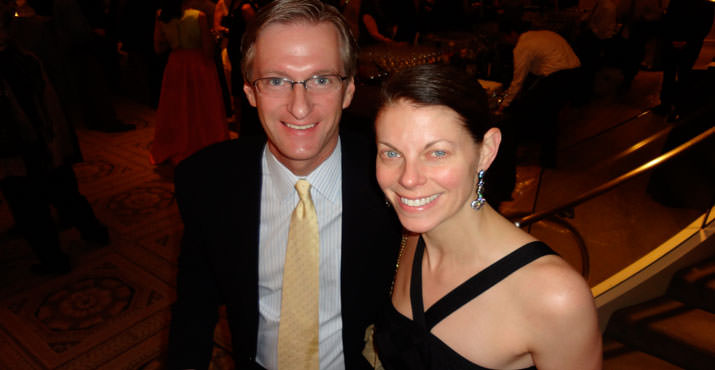 Vintage images had supporters in the mood. Projectionist, Jonathan Dick, shows a 16mm print of "My Man Godfrey," over the audience onto a floating screen above the party. Trudi Morrison and Bob Warren with Mark and Brenda Whitlow The event featured dinner and dancing.

From Northwest Film Center:
Established in 1971, the Northwest Film Center is a regional media arts resource and service organization founded to encourage the study, appreciation, and utilization of the moving image arts, foster their artistic and professional excellence, and to help create a climate in which they may flourish. The Center provides a variety of film and video exhibition, education, and information programs primarily directed to the residents of Oregon, Washington, Idaho, Montana, and Alaska.