Seattle, WA. Bill and Melinda Gates have announced that they are ending their twenty-seven-year marriage but will continue to serve as co-chairs of the Bill & Melinda Gates Foundation. “We continue to share a belief in that mission and will continue our work together at the foundation, but we no longer believe we can grow together as a couple in this next phase of our lives,” the couple tweeted from their respective Twitter accounts on Monday. The foundation has given grants to many Oregon nonprofits including OHSU, local high schools, OMSI and many more. In 2010, Bill and Melinda Gates join Warren Buffett to create the Giving Pledge, an effort to encourage America’s wealthiest families to donate the majority of their wealth to philanthropic causes and charities. By 2020, the Giving Pledge includes more than 200 of the world’s wealthiest individuals, couples, and families across 23 countries.

“Bill and Melinda will remain co-chairs and trustees of the Bill & Melinda Gates Foundation,” the foundation said in a statement. “No changes to their roles or the organization are planned. They will continue to work together to shape and approve foundation strategies, advocate for the foundation’s issues, and set the organization’s overall direction.” Established in 2000, Bill and Melinda Gates Foundation (BMGF) is today the world’s largest private foundation, with an endowment of $49.8 billion as of the end of 2019 and an annual grant-making budget of approximately $5 billion. 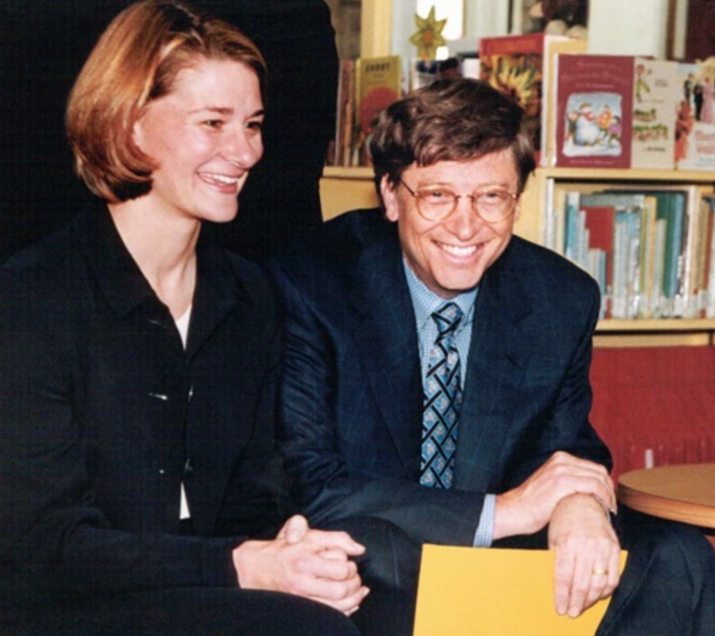 Married in 1994, Bill and Melinda Gates quickly set about giving to nonprofits. They launched the Gates Library Foundation in 1997.

Building on the belief that the power of personal computing can provide a link to knowledge and productivity for everyone, Bill and Melinda launch the Gates Library Foundation to help all U.S. public libraries offer free internet access. The Gates Library Foundation later became the Gates Learning Foundation which morphed into the Bill and Melinda Gates Foundation. In 2010, the couple, together with Warren Buffett — who pledged in 2006 to give the lion’s share of his fortune to the Gates Foundation — created the Giving Pledge, a campaign to persuade billionaires to publicly commit to giving the majority of their wealth to philanthropy. In 2015, Melinda Gates launched Pivotal Ventures, an investment and incubation company focused on advancing gender equity, while Bill Gates has had his own investment vehicle, Gates Ventures, since 2008.

The petition for dissolution of marriage filed by Melinda Gates and posted by Yahoo! Finance shows that while the couple did not have a prenuptial agreement when they married in 1994, they do have a separation agreement that sets forth how their possessions, assets, and/or business interests will be divided. The 2021 Forbes World’s Billionaire’s List estimates Bill Gates’s net worth at $133 billion. Bill Gates transferred nearly $2.4 billion worth of stock to Melinda on the day they announced their divorce. According to the New York Times, Melinda Gates is likely to set up a new foundation or directly support the causes she supports if receives a portion of her husband’s Microsoft holdings. MacKenzie Scott, who received shares of Amazon stock worth $36 billion in her divorce from Amazon.com founder Jeff Bezos, has given nearly $6 billion to philanthropic causes since 2019.

“The Gates Foundation is the most important and influential philanthropic entity in the world today,” Rob Reich, a professor of political science at Stanford University, told the Times. “The divorce may have huge repercussions for the foundation and for its work across the globe.”