Park City, Utah. The Sundance Film Festival looks different this year–it’s virtual. There are 71 Features, 50 shorts, 4 indie series, 14 New Frontier Projects debuting on digital platforms and satellite screens nationwide from January 28-February 3, 2021. One highly anticipated film that has excellent reviews is Coda (pictured above). It was directed by Sian Heder and stars Emilia Jones, Eugenio Derbez, Troy Kotsur and Marlee Matlin. This drama is about a girl who is the only hearing person in her deaf family.

There’s a virtual “Main Street” where you can watch major panel discussions and gatherings at the festival for free. Click here to find out more.

In addition to the online platform, there are in-person experiences in Park City and across the country.

Here’s a video about the first day:

The films were selected from 14,092 submissions including 3,500 feature-length films. Of the feature film submissions, 1,377 were from the U.S. and 2,132 were international. 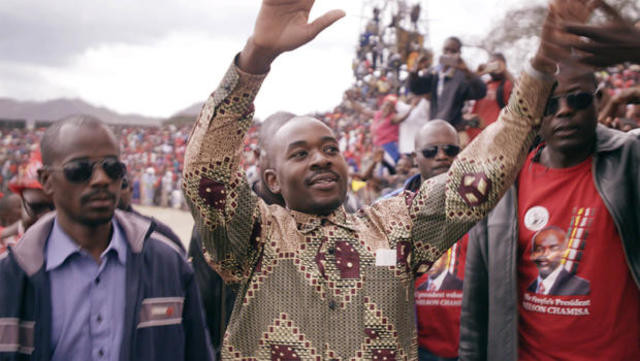 Above, is a scene from “President” by Camilla Nielsson. (photo credit, Sundance)

“Of course, the pandemic year demanded adaptation,” said Keri Putnam, Sundance Institute’s Executive Director. “On a deeper level, we also recognize the urgency of supporting independent storytellers at a time of great upheaval in the film and media fields. We’re proud this edition of the Festival is fiercely independent and will reach people everywhere, celebrating both the theatrical experience at our Satellite Screens and streaming on our platform.”

“This Festival is a singular response to a singular year – both in design and curation – and we are excited about the new dimensions of possibility it will reveal. But at its core is something that speaks to our most enduring values,” said Tabitha Jackson, Director of the Sundance Film Festival. “For thousands of years humans have gathered to tell stories and make meaning. In this pandemic year, we gather to celebrate a constellation of artists with unique perspectives that express this current moment and who together are saying, ‘We exist. This is who we are. And this is what we see.’”

“The work in this year’s program is groundbreaking, imaginative, and formally daring,” said Kim Yutani, the Festival’s Director of Programming. “With over half the program made by first-time directors, a sense of discovery remains true to us at Sundance. This year’s Festival presents irrefutable evidence that despite the challenges, the independent voice is as strong as ever.” The full 2021 slate of works, including 71 feature-length films, representing 29 countries and 38 first-time feature filmmakers. 14 films and projects announced today were supported by Sundance Institute in development, through direct granting or residency Labs. 66 of the Festival’s feature films, or 93% of the lineup announced today, will be world premieres.

From The Sundance Institute:

The Sundance Institute is a global nonprofit arts organization established by Robert Redford. Since its founding in 1981, the Institute has provided a nurturing oasis for independent artists to confidently develop their inimitable voices, and speak their truth without compromise—free from commercial pressure. We stand in solidarity with risk-taking creators and the audiences who support them.

We mentor and support a vibrant international community of independent artists across 184 countries, championing the discovery and development of storytellers whose important stories might otherwise go unnoticed.