Portland, OR. The 4th annual “O-Vary Funny” Dinner and Auction drew over 200 guests. The sell-out crowd raised close to $60,000 for the Ovarian Cancer Alliance of Oregon and SW Washington. Ovarian Cancer Survivor Mary Beebe was surrounded and supported by her fans. One highlight of the night included the introduction of the new “Trust Your Gut” ovarian cancer awareness campaign. This campaign, which will formally roll out in early 2017, features six local ovarian cancer survivors dressed and photographed as Super Heroes. The concept of the campaign is that every woman is her own super hero. The campaign urges women to be knowledgeable, to be aware and to take action. All 6 Super Heroes, who are local ovarian cancer survivors, were in attendance. Diane O’Connor, founder and board member of the Ovarian Cancer Alliance of Oregon and SW Washington, is photographed with Toni Mountain. 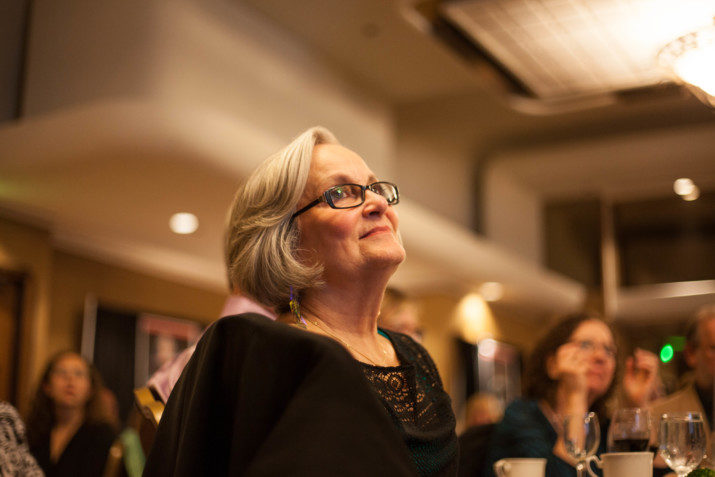 Phyllis Lang, a Super Hero and Ovarian Cancer Survivor, watches and is enthralled. From Ovarian Cancer Alliance of Oregon and SW Washington: