We’re Bringing The Standard’s 2016 Volunteer Expo to You Portland, OR. The 8th annual Volunteer Expo featured 137 nonprofit organizations vying for volunteers. The free event had a wide variety of focus areas including arts, culture, humanities, the environment, animal welfare, health, human services and more. (There’s a list with links to the organizations below.) “The nonprofit organizations featured at the Volunteer Expo have an invaluable impact on our communities, and they count on the public’s support and involvement to achieve their missions,” said Greg Ness, chairman, president and CEO of The Standard. “At The Standard, we’re proud to host the annual Volunteer Expos because when nonprofits and community members connect, everyone wins.” Victoria Thompson and Erin Stephens recruited for the ALS Association. Marianne Sadee and Katherine Vardanega were recruiting for Bridge Meadows. It has the mission of developing intergenerational neighborhoods for adoptive families of foster children. Lawrence Evers and Marie Hutchinson were manning the Audubon Society of Portland booth. Meghan Anderson spoke with a prospective volunteer on behalf of Albertina Kerr. 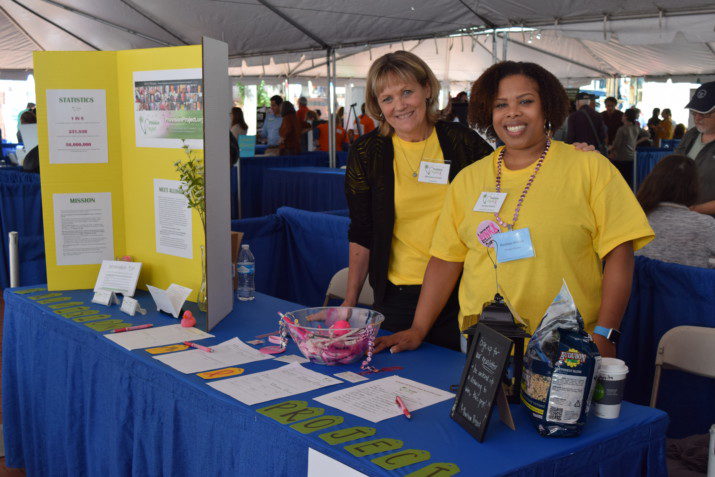 Bob Speltz and Megan Brown, from The Standard, helped organize the event. Melissa Gittelman and Sheila Magby manned the booth for the Sunshine Division. Special Olympics is looking for coaches! Caitlin Martin and Joe Harvey were signing folks up. Here’s a list of The Standard’s 2016 Volunteer Expo Portland Exhibitors: